Is Beeswax Vegan? Making Sense of the Sticky Beeswax Debate

Beeswax is a common naturally derived ingredient that many companies use in the formulation of personal care products. But is beeswax vegan? With worldwide bee colony collapse in the news, a savvy consumer might also wonder if the crisis is connected to commercial beeswax harvesting. Is it OK to use products that contain beeswax?

Beeswax is used in a wide variety of natural products, including sunscreen, body lotion, diaper cream, beard oil, lipstick, and lip balm. In deodorant, beeswax can act as a skin conditioning agent that helps to reduce moisture loss. Beeswax can also be found in products such as natural dental floss, where it helps to bind flavor and improve glide.

A review in the Asian Pacific Journal of Tropical Medicine explains that beeswax is hydrophobic, meaning it repels water, which accounts for its widespread use in cosmetics and personal care products. Potential therapeutic uses of beeswax—such as its effect on bruises, inflammation, and burns—have also recently interested researchers. In some applications, beeswax can even be used as a sustainable alternative to petroleum jelly, a byproduct of the oil industry, making it a probable choice for natural products manufacturers.

According to the Natural Resources Defense Council (NRDC), humans can thank a bee for one in every three bites of food we eat. Recently, many natural products companies have joined the call to "save the bees" due to global bee colony collapse. But what does this mean, and is this issue related to the harvesting of beeswax?

According to the Environmental Protection Agency, colony collapse disorder happens when the majority of worker bees disappear from a hive, leaving behind their queen. The phenomenon is concerning and has prompted a great deal of research to determine the cause because so much of the world's food supply is dependent on bees.

Luckily for personal care companies, there does not appear to be any connection between this issue and human harvesting. Instead, as the NRDC shares, the primary reason for the global bee colony collapse is habitat-damaging pesticides. Neonicotinoid pesticides—now the most used insecticide in the United States—kill bees on contact. These chemicals can spread through both soil and water and are then absorbed by plants, making their pollen poisonous to bees. Climate change and habitat loss also play into global bee colony collapse—but, thankfully, beeswax harvesting is not considered a culprit.

How Is Beeswax Harvested?

According to University of Arkansas Division of Agriculture, honeybees perform 80% of all pollination of cultivated crops worldwide. This includes both wild and domestic honeybees. Regardless of whether the hive is in a hollowed out tree or the wooden frames used in commercial bee business, it contains beeswax.

The American Bee Journal explains that beeswax is the primary construction material of any hive, and it forms the honeycomb-like structure that holds honey, also produced by bees. Worker bees secrete the wax through special glands on their underside. When harvesting honey, the beeswax capping first needs to be scraped off. This wax can then be melted down for use. Typically in harvesting, smoke is used to calm the bees, though it does not hurt them.

In the past, beeswax and honey were sometimes harvested through complete destruction of the hive. However, commercial beeswax operations may be considered cruelty-free if harvesting is done at a slow rate, with enough of the hive left intact so as not to harm the overall colony. 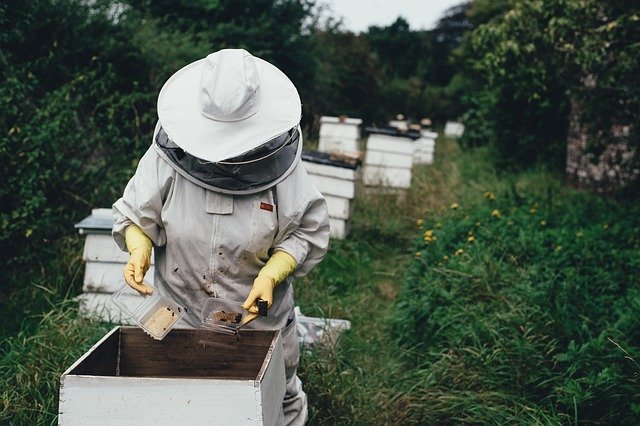 Tom's of Maine adheres to a strict Stewardship Model for ingredient selection, which ensures that beeswax is harvested in a way that does not harm the bees. However, the company does concede that beeswax is technically an animal product, and an exception to their norm of not using any animal ingredients.

Veganism extends beyond adhering to a plant-based diet. The principles of veganism outline that one should not use any ingredients that may have been harvested in a way that brought harm to animals. Though commercial beeswax harvesting can be done in a manner that does not harm bees, some may believe that by simply disturbing the hive, you are going against veganism. There is also the chance of accidental bee death in harvesting. For this reason, many vegans choose not to use products that contain beeswax. Other vegans believe the measures taken by companies help to keep hives healthy despite harvesting, so they do use beeswax products.

When it comes to choosing natural products for your family, it's always helpful to feel educated on which ingredients are included. Discussing beeswax harvesting with your parents and children can also be a great way to bridge the generation gap on environmental awareness and make an informed decision on whether this is an ingredient you wish to use.

The views and opinions expressed in any guest post featured on our site are those of the guest author and do not necessarily reflect the opinions and views of Tom's of Maine.

As a natural products consumer, it is important to feel informed about the ingredients in the products you use. Beeswax can be harvested in a way that does not harm the bees, and learning more about the process can help you decide if it is an ingredient you want to use.